In these days I'm writing the second booklet of the series "Peoples of Inneath and creatures that fumble in the dark", that will be focused on the Second Government lore.

I confess that it's still a bit weird (but in a positive way) and scary, to write something that I know will be read, and judged, by strangers (ok ok: mighty unknown friends!).

I'm not a writer, or at least I'm not a professional, licensed and experienced writer, so even if I really enjoy to put on paper (well, desktop) my ideas and my imagination about the fantasy world that my miniatures are bringing to life, I can't help but be a bit nervous, anytime I sit down and I try to add new lines to my stories!

Moreover, I can't overcome the language barrier that divides me and you, and maybe this is the most difficult part of the whole situation: for obvious reasons, I write my stories in Italian for a foreign audience (you know, "nemo propheta in patria"...) and this fact really has an impact! I realized, for example, that not only a lot of the original vibe gets lost in translation (for example wordplay, one of my favourite things!)but also that having a different language means that often we have a different way to think and approach to things! I noticed, for example, that Italian humour is really different from the Anglo-Saxon one, and often an English native speaker can't "catch" the same humouristic vibe! Despite this could be frustrating (or at least, I'm just sad of not being able to communicate with you as I would normally do), I think that it can be interesting for you to read texts written by foreigners like me because, in a certain way, if you pay attention you can not only read a good story but you can also feel and make yours the difference in communication between different cultures (and, you know, differences enrich us)! That said, sometimes I think that if I was an English native, many things in my job would be extremely easier: after all, English is the universal language concerning business and entertainment.

I really, really blame my ancestors, because they once ruled the continent and they wasted everything with poor, unwise management: I'm sure that in a parallel universe Italian is the common global language, and I'm so jealous of that alternative Matteo!

Mockery aside, writing the first booklet has been a great emotion for me: I don't know how many people out there have read it, but I confess that the first time I turned over the pages of that little A5 guy, my heart leapt with joy.

The idea of writing a little book with stories about my Dwarves came out almost by chance, shortly before the beginning of our Kickstarter campaign: I started to write down the lore behind my miniatures mainly to accumulate narrative material to use as a future reference for my sculptors, at first I wasn't thinking about publishing it!

But the more I was writing, the more I got off on it and rapidly those initial short references became long and detailed stories.

Once I realized that I had written a decent number of pages, I just read again and again them, then I gave them to my friends, to have a kind of first approval. The feedback was positive, I still had many doubts and hesitation, but I've lived with my inner insecurities since I was born so I looked again at those pages and... I made the jump!

The first booklet has been an amazing teamwork and a rewarding personal experience: I wrote the stories and lore (and I made the Kazhuk Izril map!), Davide (the sculptor of the Iron Titan. Yes he's an amazing artist!) drew some delicious artworks, my friend Luca helped me a lot with the first translation and the best man in this world, Paul, and his colleague Cindy, made the definitive translation assuring to avoid my renown Potato English (which is good -ok, let's say tolerable- for blog posts, but a commercial product that you are asked to pay for deserves a professional approach). Last but not least, my girlfriend learned how to use Adobe InDesign just to make the layout of my booklet. 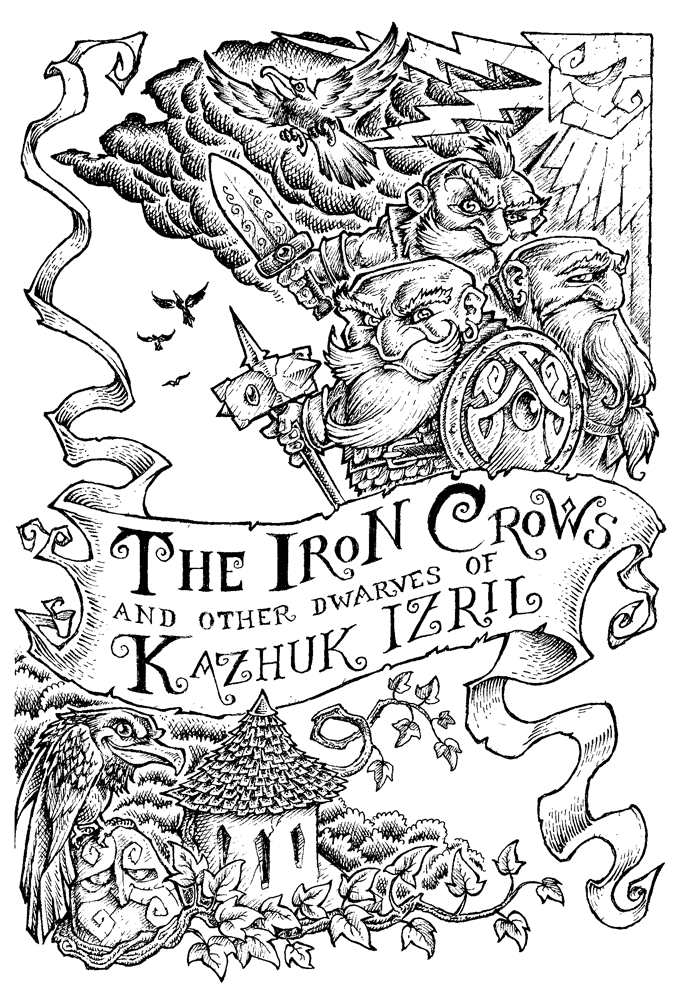 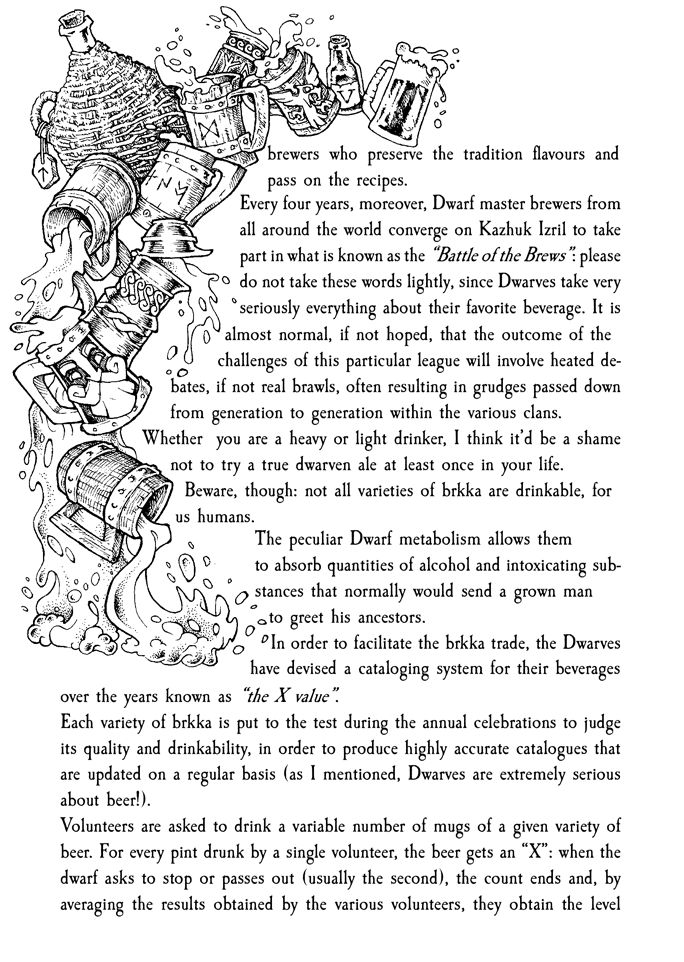 I'm surrounded by incredible people, I'm so thankful for having met so many special guys and gals!

Despite I had been really satisfied with this first editorial journey, I didn't think about creating a new one when I designed the new range of miniatures, the Second Government of Inneath.

The reason was simple, maybe silly at your eyes, but brutally simple: I thought you wouldn't be interested in paying more a Mighty Mega Box, for a booklet written by me inside!

Don't misunderstand me: I was happy with the first volume, I think that considering our resources and the budget involved in its creation (only Davide was paid for his art -always, always, always pay for good art!-) the product worths its price and it's a nice reading. But I didn't receive a lot of feedback about, so I just assumed that people wouldn't split hairs to pay for a new one.

When the Second Government campaign opened, many people asked why there wasn't a lore book, as in the previous campaign, and many others requested it. I felt a bit stupid, I confess, but honestly I really appreciated it: so there were people that actually read the first booklet!!

So here we are: I'm writing the Second Government booklet and I'm enjoying it so much. As you may have learned, reading all my posts, behind our miniatures there is a whole world that I imagined and it's rewarding to know that somebody out there would be interested in reading all the stories that forged our miniatures (and hopefully will enjoy them!).

With these booklets, I try to give a homeland to my miniatures: they are not simply good shaped pieces of resin, in my mind they are the main characters of an endless story!

I'm writing many and many details about the new range, in this second volume of "Peoples of Inneath", and I really hope to be able to write many new ones in the next future!

I dream about making in the future one of those huge lore-books, full of artworks and colourful stories, maybe some original Paul Bonner's art made exclusively for us! Indeed, to achieve such an ambitious goal, I really have to give all my best in these first booklets!

The very first sketches made by Davide for the Second Government art!
112 views1 comment

All aboard the hype train (Part IX)

All aboard the hype train (Part VIII)